Budapest will be the European Capital of Sport in 2019

The Vice Mayor of Budapest, Alexandra Szalay-Bobrovniczky, the President of the Budapest Sport Union and President of the International Fair Play Committee, Dr. Jenő Kamuti, received the flag and plaque as European Capital of Sport 2019 in the EU Parliament with Commissioner of Education, Culture, Youth and Sport Tibor Navracsics and the President of Aces Gian Francesco Lupattelli in December.

From 1 January 2019, Budapest will be the European Capital of Sport for a whole year, organizing at least 365 sports events, including local, regional, national and international competitions. Budapest to hold a free event for every day. On 1 January 2019, a big party kicks off this active year at the City Park Ice Rink, which – according to current plans – will be the only event with an entrance fee, except top competitions, within the framework of this series. The series include conferences and seminars, like the two days International Fair Play Conference. 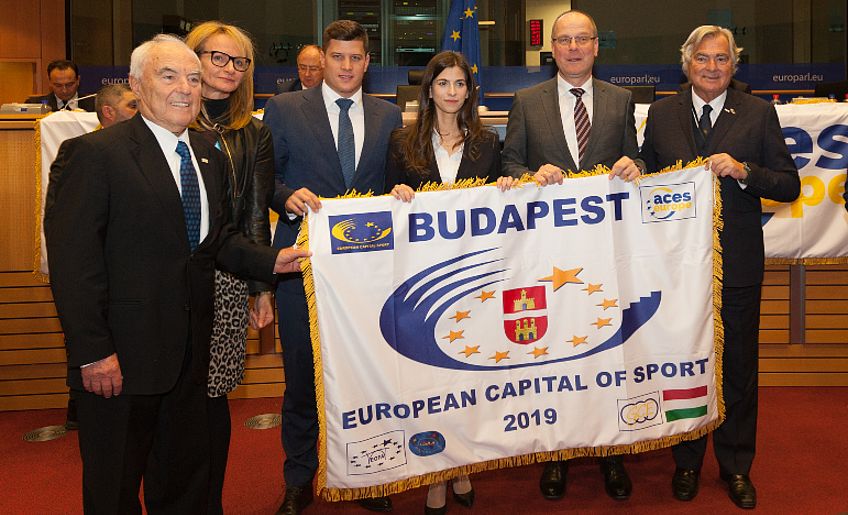