The international Children and Youth’s Olympiad was honoured with the EFPM ‘Spirit of Fair Play’ Award. The Trophy was handed over by Katarina Raczova, EFPM executive committee member, to Anton Javorka, founder of the Kalokagatia and Andrea Ristová, chairperson of the organizing committee.

Kalokagatia - International Children and Youth’s Olympiad (SVK) - in 2017 Kalokagatia celebrated its 25th anniversary and in 2018 took place already for 14th time. Since 1998 the winter counterpart of Kalokagatia has been organised, taking place in odd-numbered years. Approximately 1800 contestants, aged 12 – 15, participate in Kalokagatia, the public interest is also big, however. Sports competitions prevail in the schedule of Kalokagatia, however in the spirit of the content of Kalokagatia in all previous years competitions were also in the cultural and artistic area. The best participants of nursery, primary and secondary schools are regularly awarded in creative arts, literary production, and artistic and event photography.

One of the pillars on which Kalokagatia is based is the fact that from the very beginning it was understood as a process of permanent promotion of the fair play principles. And this not only on the playground, but also in everyday life. This is confirmed not only by many examples of noble conduct - by means of children in need in your surroundings up to unconditional aid to suffering peers in different parts of the world. In this spirit, however, the announcement of the School Fair Play Prize has been in Kalokagatia Programme since 1994.

On the basis of the joint programme of the Slovak Association of Sport in Schools, Slovak Olympic Committee and its Fair Play Club the award is granted in three categories:

In Kalokagatia the competition for the title Fair Play Team is announced as well. This title is awarded to teams in team sports, which pass through the whole competition of the current year without any violations of fair play principles (without rudeness, vulgarity, without using the services of "black" player, etc.). Teams receive a fair play captain’s armband, which is an expression of the fact that the team is bidding for the title Fair Play Team.

So-called Fair Play Card was introduced in the international Children and Youth’s Olympiad of Kalokagatia in Trnava as well. It is the exact opposite well-known yellow and red cards. The referee may grant it not only to the player on the sports ground for exemplary behaviour, or extraordinary deed during the sports competition, but also to the players bench, trainer, officials or to the audience (for example for decent encouraging, original supporting).

It has also become a tradition that Kalokagatia is the culmination of the relay message of school athletes from various regions of the Slovak Republic. It will not be different in 2018, when in the message the relay participants will bring specific examples of combination of sport and human good to Trnava (deed of humanity) under the title HEART of PIERRE DE COUBERTIN. 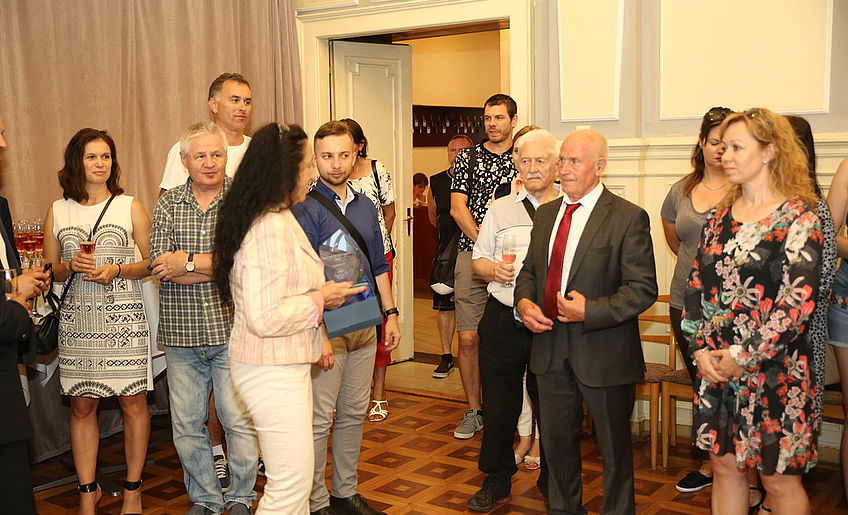