Summarize – this was the 25th European Fair Play Congress

In 2019, the European Fair Play Movement (EFPM) celebrates its 25th anniversary. On this occasion, the 25th edition of the European Fair Play Congress was held on 11-14 September 2019 in Budapest, the capital of Hungary. The topic of the Congress was „Promoting the Ethical Values of Sports – 25 Years European Fair Play Movement“. The event was organized in cooperation with the EFPM, the International Fair Play Committee (IFPC) and the Budapest University of Physical Education under the auspices of European Olympic Committees and International Council of Sport Science and Physical Education. It was supported by the Ministry of Human Capacities and Municipality of Budapest.

The participants were welcomed by Prof. Dr. h.c. Lajos Mocsai, Rector of the University, Dr. Jenö Kamuti, IFPC President, and Mag. Christian Hinterberger, President of EFPM, who confirmed that EFPM was happy to celebrate the 25th anniversary of the movement in the Sport Capital of Europe in 2019, Budapest. He concluded by quoting Nelson Mandela, who once said that “sport has the power to change the world”. Certainly, this is a great idea to follow.

After the welcome speeches, Prof. Dr. Manfred Lämmer, Honorary member of EFPM, held a presentation on the history and potential future directions of EFPM. He pointed out that the challenges that the sport movement encountered in 1994 – when EFPM was founded – are the same today: doping, corruption, match-fixing, sexual abuse and discrimination are still among the greatest threats in the world of sport. Mr. Lämmer emphasized the importance of education in the fight against these threats and called for stronger cooperation with universities and the media in order to win this battle. He also pointed out that adults are a neglected target group of fair play education. In his view, this situation calls for a change, as adults as well need to be better informed about the values of sport.

The second lecturer of the day was Dr. Zsigmond Nagy, Executive Director of the National Sports Agency of Hungary, who explained the legal aspects of fair play. Additionally, he presented the links between good governance and fair play, pointing out that fair play represents the moral manner of good governance. Concluding his presentation, he suggested to create a good governance charter in fair play.

The last presenter of the morning, Dr. András Killyéni, brought the audience back to the times of World War II and talked about Hungary’s will to organize the Winter Olympic Games in that time.

The congress continued with workshops to allow participants to discuss the vision, mission and the strategic aims of EFPM. The results of the group discussions will be used later by EFPM.

One of the highlights of the Congress was the celebration of the 25th anniversary of EFPM as well as the European Fair Play Awards 2019 ceremony during the Gala Dinner.

More than 100 personalities of the international sports community attended this outstanding event.

Following the European Fair Play Congress, the 25th General Assembly of EFPM was held on 14 September 2019. To mark this occasion, the representatives of partner organizations devoted their warm greetings to the EFPM General Assembly and confirmed their intention to continue the fruitful and close cooperation with EFPM.

Subsequently, the delegates heard and approved the president’s, secretary general’s and treasurer’s reports as well as presentations and discussions about EFPM ExCom members’ activities over the past year as well as important information concerning future activities. After very lively and fruitful discussions on amending the EFPM statutes, the delegates approved the modifications.

At the end of the meeting, President Hinterberger informed that the Association for Sport and Physical Culture in Austria –ASKÖ, which is a EFPM founding member – would be honored to host the 26rd European Fair Play Congress and EFPM General Assembly in Vienna in October 2020. 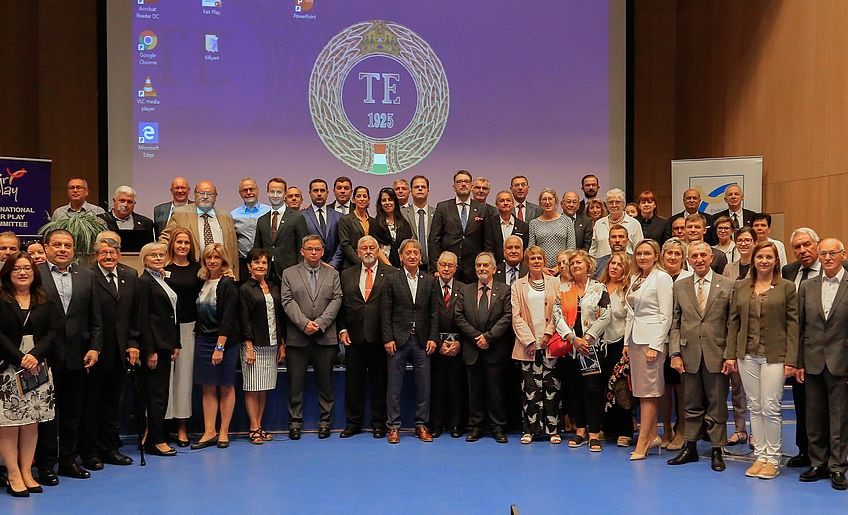 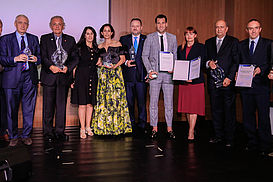 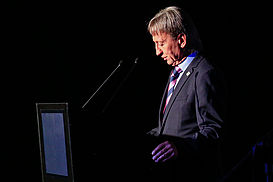