The Congress organising committee is delighted to announce the two distinguished keynote speakers for this year’s congress on the theme of “Fair Play in Education. The first speaker will be Kolë G whose address is entitled “ A strategic Overview of Fair Play in Education”. Kolë  is currently Deputy Chief Executive Officer at the International Schools Federation and has wide experience and knowledge of the subject. He will give an overview of the importance of fair play  in multisport education organisations.

Otmar will propose that fair play in sport could serve as a model because here is one common language, and that is the language of sport, which impressively contributes to the process of learning culture, that is, learning values like fair play.

To describe fair play and trust as countermeasures to oppose negative activities e.g. doping in sport is not only a matter of punishing the perpetrator, but also a matter of trust. The opponents in sport have to trust each other not to use performance-enhancing drugs. The true fascination of sport lies in the fact that the principle of fair play is more important than victory at any price. A goal can never justify foul means. A clean defeat is always better than a dirty victory.

History tells us how difficult it is to put the principle of fair play into practice. However, fair play has the potential for creating a peaceful and compassionate society. It is a value both society and sport desperately need. The key point of the presentation is that fair play is represented best in the body language of sport, which is a result of socialization/education and therefore culturally determined, and which can unfold the impressive potential of human beings for the greater good.

Dr, Professor Otmar WeißPh.D., is Professor at the Department of Sport Science at the University of Vienna. He has written six books, including Introduction to the Sociology of Sport (2021), edited seven, and published approximately 100 articles nationally and internationally, including the study report European Sport Index in European Journal for Sport and Society.

After these two keynotes, there will be an open discussion panel with questions to experts from delegates. After this the participants will be sharing practical ideas for fair play education, focusing on how the “fair play card” initiative can be implemented in the nations, regions, departments and organisations represented after the event. 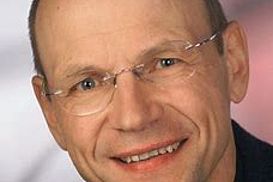