Due to its success in youth football and partly as a result of the EFPM Case Study the Portuguese Football Federation has recently agreed to roll out the application of the FAIR PLAY CARD (WHITE CARD) to all levels of football except the professional leagues 1 and 2 and the Cup competition. The EFPM case study was the focus of an article in the National Newspaper "The Observer" following research by LUSA the largest news agency in Portugal and the largest news agency for the Portuguese Language. The article is translated into English, and the draft case study is already on our web site under "case studies"

The case study of a Portuguese initiative has allowed a European Scientific Committee "to learn much about best practice" across Europe and to go on to "promote this approach to its members in Europe."

The use of the “White Card”, an initiative of the Portuguese National Plan for Ethics in Sport (PNED), " influences the practice sport with fair play ," said the author of an international study on the implementation of the initiative to Lusa (news agency)

According to Steve Town, the researcher, who lectures at the University of Bournemouth and is also head of the Scientific Committee of the European Fair Play Movement (EFPM), the study shows that "the application of the card influences the practice of sport with fair play". The research showed that use of the card, and the analysis of the effects of the measure, mainly in youth football, led to a real improvement in fair play.

This is evidenced by the Portuguese example, because the number of yellow and red cards were reduced in junior competitions in the season following the introduction of the white card. “The white card initiative is easy and inexpensive to apply, and it is worth doing in all sport contexts , but in particular in team sports, in schools and youth sport ", he explained to Lusa.

In June, the Portuguese Football Federation (FPF) announced the extension of the white card where referees can reward acts of fair play , to all the competitions under its purview , except the Cup of Portugal and professional football, organized by the League of Clubs (I and II Leagues ).

"It is a giant step for the promotion of ethical sport at theselevels of football . We want to thank the Board of Arbitration of the FPF this commitment " said  a spokesperson for the National Plan for Ethics in Sport (PNED), in a statement.

The PNED is one government initiative in the promotion of " ethical values in the  practice of sport " and is based at the Portuguese Institute of Sport and Youth (IPDJ), being supported and coordinated by a number of cabinet members.

The white card is a pedagogical resource that aims to highlight ethically correct behaviours , practiced by athletes, coaches, managers, the public and other sports agents ”, added PNED.

This extension of the use of the card "will increase the its impact without any doubt," said Steve Town, but that this extension of the measure should "take into account what the study found and be applied alongside a wider education programme, to publicity and promotion, annual team and individual awards and assignment of points in the league tables.”

"I have to say that Portugal is a respected leader and exemplar in this field. The National Plan for Ethics in Sport (PNED) led to several initiatives and resources that should be applauded. The educational material for coaches and teachers is very good and is based on solid theories in terms of education and behavioural change ” commented the author of the study.

The expansion of the measure to other sports federations, into schools and colleges, coupled with education for coaches and other leaders and even to the public and to parents of young athletes will increase its effectiveness, the study recommends.

This greater scope of the project will lead "to more examples of fair play being registered," giving greater attention to good behaviour, whilst before only bad behaviour was highlighted by yellow and red cards thereby appealing to those who seek attention."

"More evidence and research is needed into the relationship between the application of the card and the registration of less negative incidents in the field. Almost all survey respondents in the research felt, subjectively, that behaviours were modified and changed. We now need more work on the impact of the initiative off the pitch” notes the investigator .

According to Steve Town, the focus of the general and social media and communication in society " is on poor behaviour rather than on good behaviour and attitudes" and this reflection of society can be seen in sport today, so the white card initiative will have a " very positive impact on sport and potentially society."

The researcher points to a number of responses in the survey where respondents identify the need for a concurrent policy of " zero tolerance for bad behaviour and more frequent use of red cards for incidents of racism and use of abusive language", but other opinions were that in that the long-term, however "most people recognise that reinforcing the positive is better than a punitive system.

The Portuguese case study has allowed the European Fair Play Movement " to learn much about best practice in fair play promotion and will promote this approach to all its members in Europe."

“EFPM will promote the adoption of the card to all European National Olympic committees, sports federations and will develop a set of practical resources based on the Portuguese case.

We will also promote the idea of a National Plan for Integrity Sports to all member nations, to governments and the European Union, with PNED as a case study, " stressed the Chair of the EFPM of the Scientific Committee.

Link to the original article and the text below 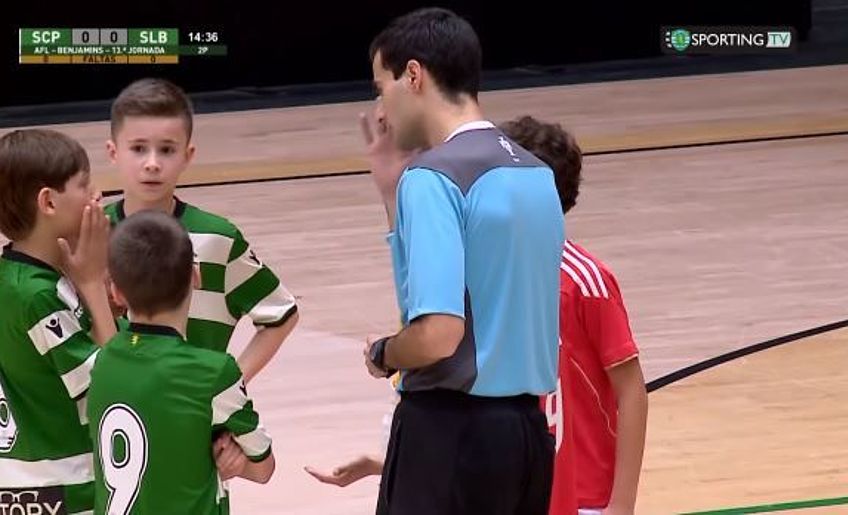