The challenge 100 DAYS FOR FAIR PLAY knows its winner

To mark the 2nd World Fair Play Day (WFPD), and to encourage people to take on a physical activity despite the pandemic, the European Fair Play Movement in cooperation with ASKÖ (Arbeitsgemeinschaft für Sport und Körperkultur in Österreich), the Austrian EFPM member organisation and KFP SOSV (Club fair play of the Slovak Olympic and Sports Committee) launched the challenge “100 DAYS FOR FAIR PLAY “. The challenge started on May 31, 2021, precisely 100 days before the 2nd WFPD taking place in Budapest on 7. September 2021. We invited participating teams to accomplish the distance of 1,275km, equivalent to the distance from Brussels to Budapest- where the first WFPD took place. We encouraged all participating teams to post their progress, and also to post a message of FAIR PLAY (photo, image, video, banner etc.) on the EFPM Facebook page (www.facebook.com/EuropeanFairPlay/. Sports enthusiasts from 5 countries took part in the challenge: from Turkey, Austria, Poland, Belgium and Slovakia. Some teams were busier and faster than others, but all participants displayed a great deal of enthusiasm and motivation. This is also documented by the fact that from 27 teams, 13 reached the imaginary goal - Budapest. Moreover, the participants of the challenge - some on bicycles, others running, swimming or simply walking, covered altogether more than 53,000 km in 100 days.

The victory went to the Turkish team “THE GENTLEMEN OF MÜLKIYE”, which was the first to

the required distance. The team members not only share a 20-year-old friendship and love of sport, but also the effort to spread humane values.

Students from the Secondary Sports School in Košice (SVK) finished second. The team included two young cyclists, Marek and Florián, and the triathlete Peter. They were coached by their very active teachers and coaches, Marcel Nemec and Juraj Dancák.

The representatives of ASKÖ Kärnten (AUT) and the Fair Play Team of the University of Physical Education in Warsaw (POL) were also some of the most hard-working teams.

All participants showed enthusiasm and motivation. This is further documented by the fact that from 27 teams, 13 reached the imaginary finish line in Budapest. Through different sports – cycling, running, swimming or simply walking, in total, they covered more than 53,000 km in 100 days.

All participating teams who also became ambassadors for fairness and tolerance, spreading the message of fairness towards your peers and the environment, promoting the written and unwritten rules of humanity, tolerance, solidarity and friendship – in short, fair play. 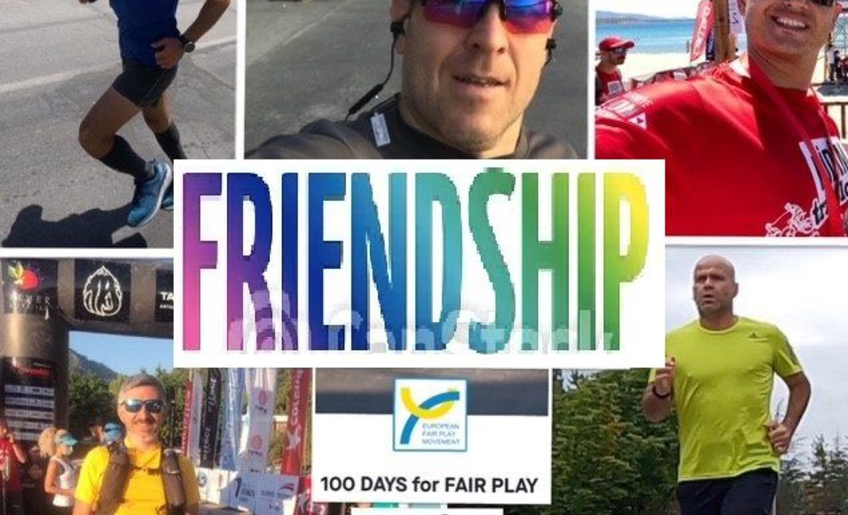 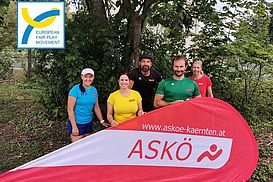 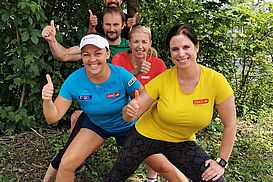 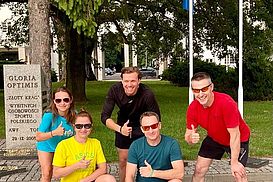 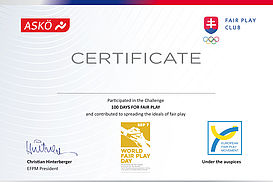 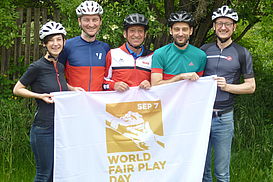 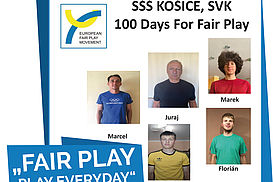