On November 29th, 2019, the Fair Play Club (FPC) of the Slovak Olympic and Sports Committee (SOSC) organized its annual ceremonial presentation of Fair Play Awards. This year, the event was held in cooperation with the Association of Olympic Clubs of the Slovak Republic in Martin.

The awards are traditionally announced in three thematic categories: for exemplary act during a sporting event, for long-term behaviour and activities in the spirit of fair play and for the promotion of the principles of fair play.

The Ján Popluhár Award, presented annually by the Slovak Olympic and Sports Committee, is the highest level of recognition in the field of Fair Play. In 2019, it was awarded to Jozef Jankech, a legendary football coach, for his long-term activities in the spirit of fair play.This 82-year-old native of Šaľa has coached many football teams not only in Slovakia but also in the neighbouring Czech Republic, Malaysia, Qatar and the Maldives. Immediately after he received this significant award from Anton Siekel, the President of the SOSC, he said: "This is a completely different type of award to those I have received for sporting achievements in my life.I have been part of the football world for 63 years. First, as a player, later as a coach. I am very pleased to receive this award but I would like to add that a great deal of credit should also be given to my wife for the perfect care she has given to our family. I have been married for more than 55 years and I was not at home for 25 of them . . .".

The sportsmen who received awards for the "Exemplary Act in the Spirit of Fair Play" category also received a big round of applause. The Trophy of the Fair Play Club of the SOSC in this category was presented to the hockey player, Peter Čerešňák. After the referee had blown for a foul and an opponent had been sent to the penalty box, Peter went to the referee and told him that he had fallen and there had been no foul, thus the penalty was cancelled.

The Diploma of the Fair Play Club of the SOSCfor the "Exemplary Act in the Spirit of Fair Play" was presented to the hockey player Miroslav Pupák. Few minutes before the end of the quarterfinal between Nitra and Trenčín, the visitors were winning 1:0. Such a result would mean victory for Nitra and its advancement to the semi-finals of the Kaufland play-off Tipsport League.  The captain of the home team, Branko Radivojevič, was trying very hard to get the puck from Miroslav Pupák near the boards and his efforts "won" him two penalty minutes. However, in the end there was no penalty awarded. The 34-year-old player for Nitra addressed the referees and told them that no foul had been committed.

The Diploma of the Fair Play Club of the SOSCfor the "Exemplary Act in the Spirit of Fair Play" was also awarded to the five-time victorious paralympic downhill skier, Jakub Krako, who was ranked among the top three when he crossed the finish line of the Europa Cup race in Laandgraf (Netherlands).  Although the jury had failed to see he had wrongly passed through one of the gates, Jakub decided to report his mistake to the head judge which resulted in his disqualification.

The sports journalist, Michal Zeman,the author of 17 sports publications, was presented with the Trophy of the Fair Play Club of the SOSC for his long-term effort to share and promote the principles of fair play. He has made a significant contribution to the popularisation of figures in Slovak sport and its history.

The Fair Play Club of the Slovak Olympic and Sports Committee has, for a second year, held the competition "Šport je šanca/Sport Is a Chance". The goal of the project, with the help of sportsmen and through sporting activities, is to improve the degree of inclusion of disadvantaged groups of people into the sports movement, to promote mutual solidarity among different social groups, to fight against doping as well as all kinds of violence, racism and intolerance, to support equal opportunities in sport, and last but not least, to contribute to the preservation and revitalisation of the environment. The project "Riding a Horse – Playfully and Healthily" organised by the civic organisation Voltiland was the winner of the award. The project is based in an after-school club which teaches the basics of horse riding to the children of the clients of the crisis centre of the Archdiocesan Charity in the borough of Košická Nová Ves. The children of these families are experiencing difficulties in their everyday lives. Their families are often living in poverty. Therefore it is very difficult for their parents to provide the children with leisure-time activities. The project organisers decided to acquaint these children with the beauty of horse riding as an after-school club activity as well as to help them to improve their physical condition and teach them new skills. 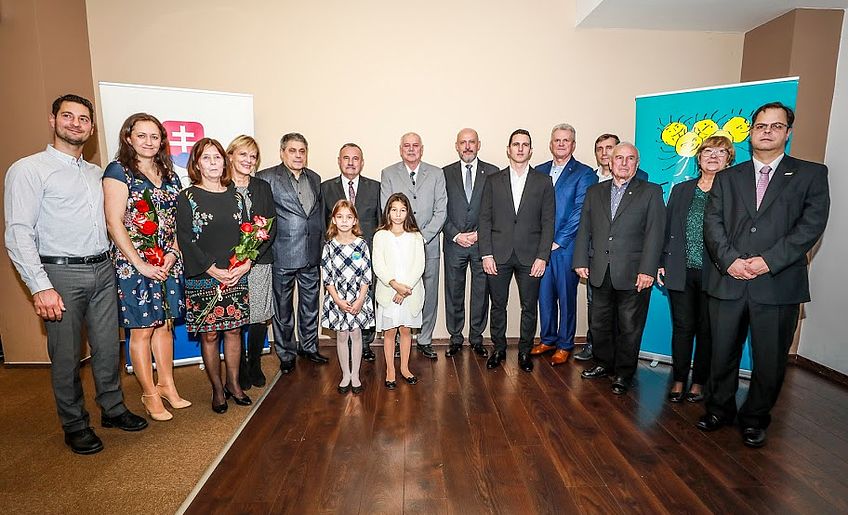 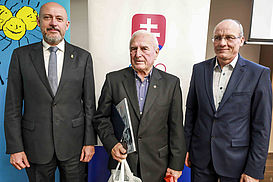 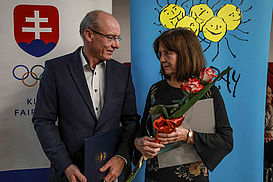 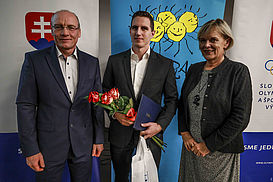 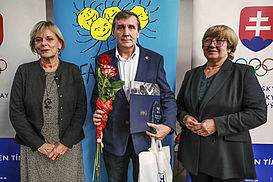 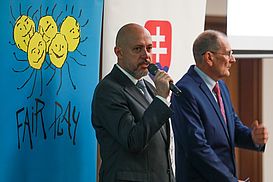