The event was attended by the vice-president of the organization Chingiz Huseynzade, chairman of the Fair Play Commission Khazar Isaev, other official, and guests.

K. Isaev said that every year on this date, everyone involved in sports, both on and off the field, shared information about the initiatives, projects, and successes of fair play.

Later, diplomas were awarded to the nominees of the international photo contest "The Spirit of Fair Play" - photographers Ilgar Jafarov, Zaur Mustafayev, and Fargana Gasimli.

Khazar Isayev presented Chingiz Huseynzade with a diploma of the World Fair Play Award "John Borotra" in the nomination "Sports career and life lived in the spirit of fair play."

It was noted that the Vice-President of the NOC was awarded the prestigious World Fair Play Award, established by the International Fair Play Commission in Budapest, the capital of Hungary.

C. Huseynzade was awarded this award for a number of important works that he has done in the direction of promoting the principles of fair play and establishing relations with the European and International fair play movement. The events held under the leadership of the vice-president, who has a number of merits in the development of Azerbaijani and world sports, were held at a high level and in conditions of loyalty to the principles of fair play. He represented Azerbaijan for the first time at the Congress and Assembly of the European Fair Play Movement. Awarded the Order of Honor of the European Olympic Committee.

It was noted in that the Azerbaijan Fair Play Commission is traditionally in order to attract the attention of the sports community to this field, promote the principles of fair play and encourage people who are true to these principles at the end of the year, as well as awards in 5 nominations at various competitions establishes a number of activities to attract the attention of the younger generation.

At the end, the guests listened to the performance of the Violin Ensemble of the Artistic Gymnasium. 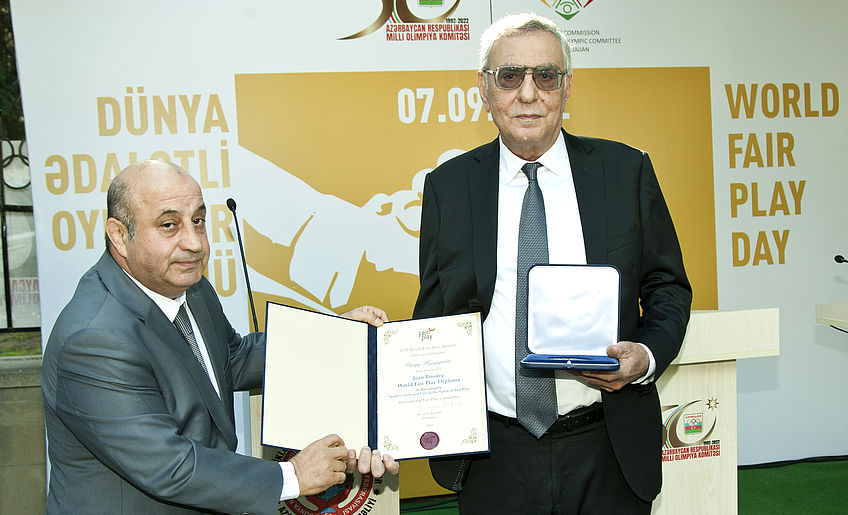 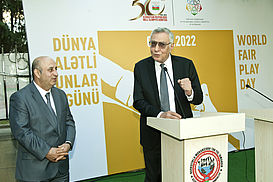 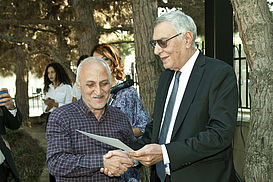 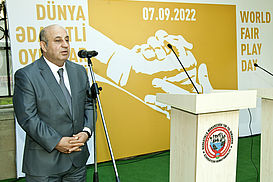 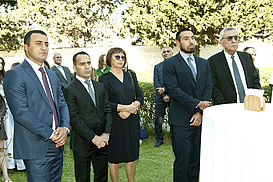