In a match of the 3rd division, Preußen Münster against Würzburger Kickers, Leroy Kwadwo, a player of Ghanaian origin from Würzburg, was racially insulted by a spectator. The Preußen fans then found out his identity, reported him to the security and chanted "Nazis out".

With this action, they set an impressive and exemplary example against racism, which has no place in a democratic, open and free society, especially in sport. This "sensational action" (according to Kickers coach Michael Schiele) has prompted the Award Jury of the European Fair Play Movement (EFPM) to present the fans of Preußen Münster with the "Spirit of Fair Play Award 2020".

The award was presented by Prof Manfred Lämmer, a long-time member of the EFPM Executive Committee and honorary member, on 14 August 2021 at the start of the new season before the match between Preußen Münster and Alemannia Aachen.

Under the patronage of the European Olympic Committees (EOC), the EFPM has presented these awards every year since 1996, among others, to the German player Miroslav Klose (football) and the Peckolt brothers (sailing).

The EFPM, founded in 1994 at FIFA House in Zurich, has member organisations from 41 European countries. It works to spread fair play and preserve the ethical values of sport.

"We see respect, equality, friendship and fraternity, the fascination and spirit of sport for a better world, as our central task," says Christian Hinterberger, President of the EFPM. 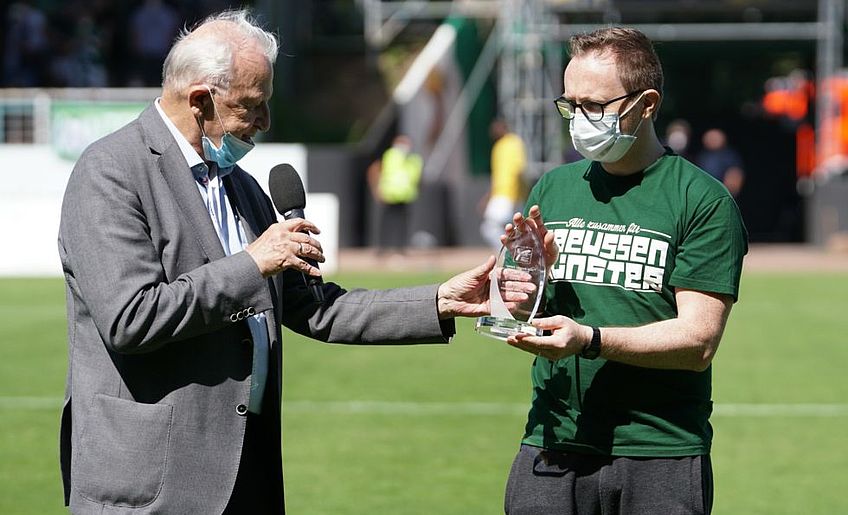 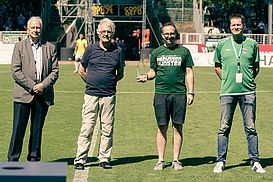