in Banská Bystrica in Slovakia. About 2 500 athletes from 48 countries competing in 10 sports, were welcomed by EOC President Spyros Capralos.

The Fair Play Club of the Slovak Olympic & Sports Committee together with the EFPM represented Fair Play at this biggest multi-sport event for the youth of Europe.

The Fair Play stand was operated in the Chill Out Zone by the Slovak NOC's Fair Play Club and by EFPM. Fair Play activities were successful not only among children but also well-known athletes. Visitors could fill in various Fair Play questionnaires in Slovak and English language and enjoyed puzzle and memory games on the topic of fair play. Those who successfully completed the games were rewarded with fair play pins and flags, and EFPM bracelets.

One of the highlights of the fair play stand was the possibility for visitors to write welcome messages on origami hearts. Amongst the visitors participating we also welcomed well-known Olympians and Olympic Champions.

At the occasion of EYOF we also presented the awards of the International photography contest, organized by the Fair Play Council of the Turkish Olympic Committee and the Club Fair Play of the Slovak Olympic & Sports Committee, under the auspices of EFPM.

Last but not least, the program also included interviews about the meaning of fair play that took place in the fan zone. It was accessible to all interested participants.

The Fair Play Club of the Slovak Olympic & Sports Committee in cooperation with the Organizing Committee of the EYOF Banská Bystrica 2022 strongly supported any initiative to preserve and implement fair play attitudes and behaviour at all levels of active sport. This was to be achieved, among other activities, through Fair Play Awards. With this, we wanted to encourage all participants to make the right decisions on and off the sports fields.

In this spirit, at the end of the event, we presented the Fair Play Award to James May (Jury Supervisor) from the UK.

At the gymnastics event, after assigning the score for a routine on high bar, the high bar judges notified Mr. May, Superior Jury Member, that the displayed score was too low. However, the respective team and coach did not see this, and the superior jury is not allowed to change the score after it has been published unless the team/coach makes an inquiry.

To still address the problem of the low score, Mr. May proactively went to find the coach and asked him to submit an inquiry so that the mistake could be changed.

Thanks to Mr. May, the jury revised the D-score and raised the score of the Armenian athlete to the correct score. 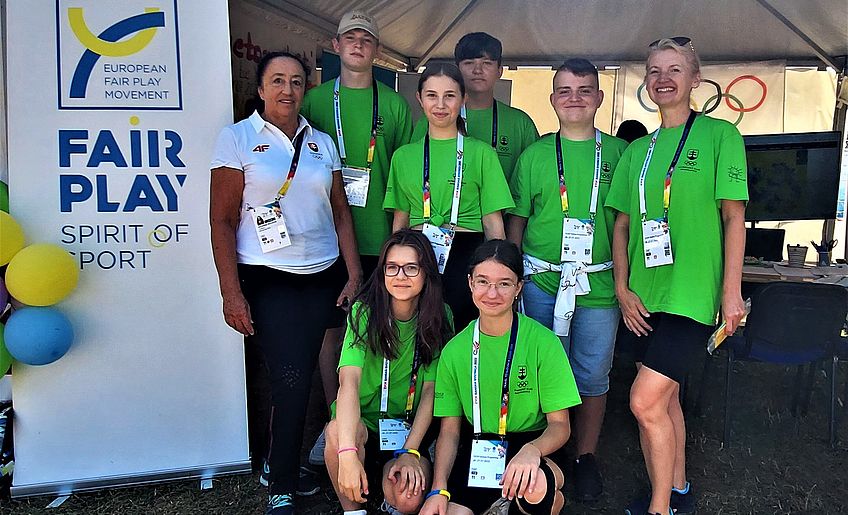 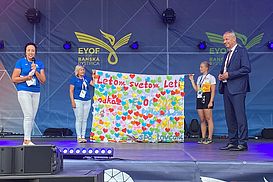 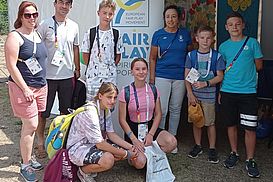 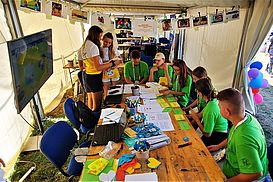 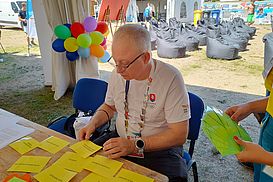