The sport of Mamanet is the subject of the third case study of the application of the fair play card published on World Fair Play Day! The Fair Play card is issued in games to reward, recognise and promote acts of fair play, as opposed to the traditional yellow and red cards that recognise unfair behaviour.

In recognition of the inauguration of World Fair Play Day on the 7th September we are pleased to publish the third case study of the application of the green/white fair play card in the sport of Mamanet. Steve Town, the Chair of the EFPM Scientific (Academic) Advisory Committee and the author of the case studies said "I am delighted that this final study highlights the excellent practice in the sport of Mamanet in applying the fair play card as an exemplar for all sports governing bodies and federations."

Steve goes on to say that: "all three of the studies indicate clear evidence that the use and application of the card makes a significant difference to attitudes and behaviours in sport, particularly team sports and we now have a set of tested documents and templates that will complement the EFPM Fair Play Card Toolbox."

The study found that the philosophy of fair play runs deep in the culture of Mamanet which is very much a “sport for development movement”, and reaches across cultural, political and religious divisions.

Though the numbers surveyed in the case study were small it indicates that the application of the green card by Mamanet has had very positive results and can act as an exemplar for its application in other sports. The survey found that:-

A set of recommendations for Mamanet and EFPM conclude the study, which Steve hopes will be taken forward.

One participant in the research said "The world of sports needs a fundamental change. The green card is a first step in this change. We need to respect the opponent and be a role model for others in both professional sport and sport for all!!"

For more relevant information please click on the inserted data sheets in PDF-format. 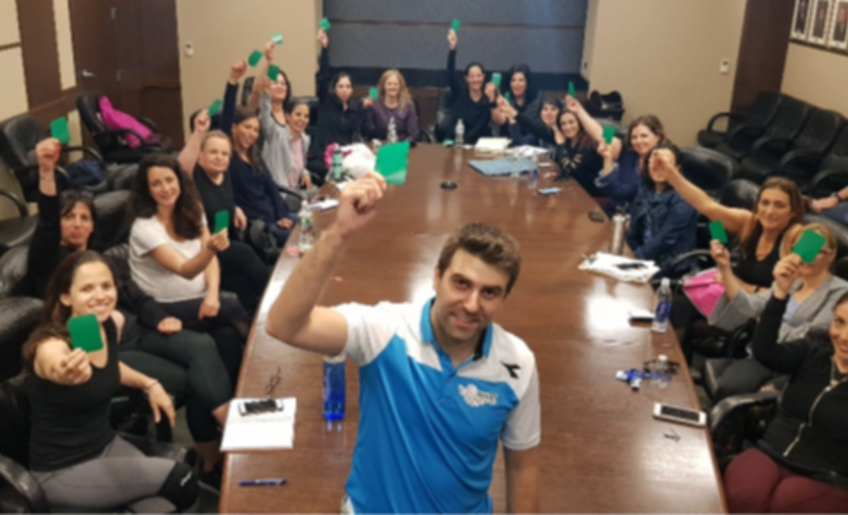