EFPM representatives participate at the EOC General Assembly in Zagreb

EFPM has been invited to participate at the EOC General Assembly in Zagreb, held in Zagreb, November 24th and 25th.

The agenda included reports of the EYOF 2017, provisional information about the organizational status of the upcoming Olympic
Games, reports of several commissions and as the main matter the elction oft he President, Secretary General, Treasurer and the Executive Committee Members.

On behalf of EFPM Christian Hinterberger congratulated Janez Kocijancic to the unanimous election, wishing the best success, good luck for the future and offered to continue the fruitful cooperation, especially what concerns the EFPM involvment in the EYOF Program. The EFPM representatives have been in contact, consultation and discussion with several representatives of National Olympic Committees.

A meeting with the Croatian Fair Play Committee on November 23rd was especially dedicated to sharing information about the fairplay activities set up in Croatia, consultation about the future initiatives and main matters of the EFPM strategy for 2018 and 2019.
Finally, the Chair of the Croatian Fair Play Committee, Danira Bilic, offcially invited the EFPM to be represented at their 10th Anniversary Gala Ceremony in Zagreb, December 15th 2017. 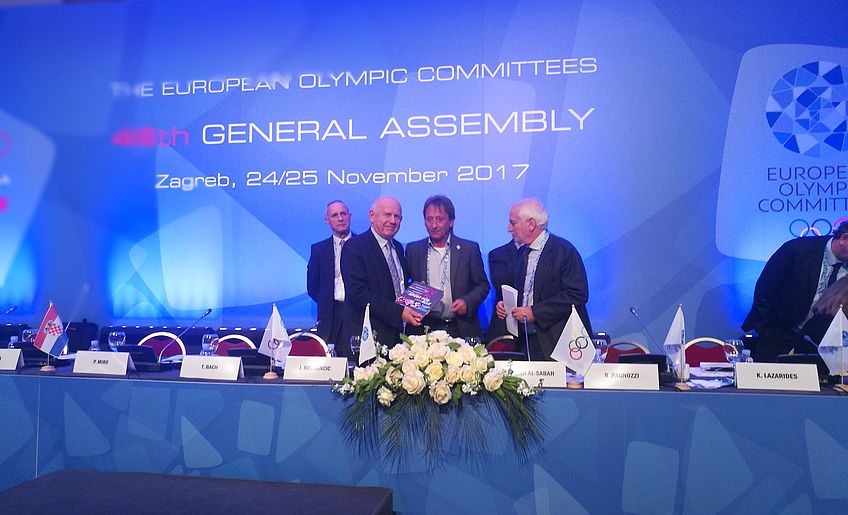 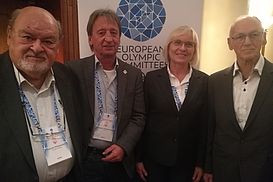