"Friuli Venezia Giulia is one of the few regions in Europe that can host a winter sports event by holding the inaugural ceremony on the sea. A demonstration of the richness and uniqueness of its territory". Governor Massimiliano Fedriga said this today in Trieste on the sidelines of the opening ceremony of the 16th edition of Eyof - the European Youth Winter Olympic Festival - which was held in the evocative, and ventilated by the bora wind, scenario of piazza Unità d'Italia. Present at the event, among others, were the Minister for Sport Andrea Abodi - who declared the Games officially open -, the president of Coni Giovanni Malagò and the regional councilors Tiziana Gibelli (Sport), Sergio Emidio Bini (Tourism), Fabio Scoccimarro (Environmental Defence) and Pierpaolo Roberti (Local Autonomies).

The governor then added that the induced activities generated by this event, added to the return in terms of image and renewed systems, brings an objective benefit to the economy and the image of the region.

The Eyof brazier was lit by the bujese cycling champion Jonathan Milan, gold at the Tokyo Games in the team pursuit.

Before the big party in Piazza Unità, the region's representative hall hosted the press conference to present the 16th winter edition of the European Youth Olympic Festival which will animate the Fvg until 28 January.

The president of the COE (European Olympic Committees), Spyros Capralos wanted to thank the region that has already organized in 2005, in Lignano Sabbiadoro, a great summer edition. We are ready for the European youth snow and ice games of records. An itinerant and cross-border format, a springboard for many athletes. A kermesse which will be broadcast in live streaming and which will be an important moment of socialization and growth for the young participants including the excellent blue team. In FVG there will be 30 ambassadors who will disseminate the Olympic values through a series of initiatives throughout the week.

The president of the organizing committee, Maurizio Dunnhofer, thanked all those who made this dream come true. From the COE, to CONI, to President Fedriga, to sports clubs and ski clubs without forgetting the 1,200 volunteers.

Borut Kolaric, head of the COE control commission for Eyof 2023 recalled the various inspections and visits made to the region since 2020. This is a very demanding event involving thousands of people and an entire region with 11 competition venues. An experience that all participants will remember and tell friends about and that will enrich them as sportsmen and as individuals.

President Fedriga said he was proud to have brought this major sporting event dedicated to young people to the region. Eyof 2023 has allowed us to modernize the already existing plants and structures with policies attentive to sustainability and investments projected towards the near future. Fedriga, addressing Capralos, recalled the uniqueness of the event, with the opening ceremony a few meters from the sea and the races, starting tomorrow, Sunday 22 January, in the various mountain resorts of Friuli Venezia Giulia. Eyof 2023 will be a perfect launch for the Milan Cortina 2026 Winter Olympic Games.

The 2023 European Youth Olympic Winter Festival is supported by the Department of Sport of the Presidency of the Council of Ministers and by the Autonomous Region of Friuli Venezia Giulia. 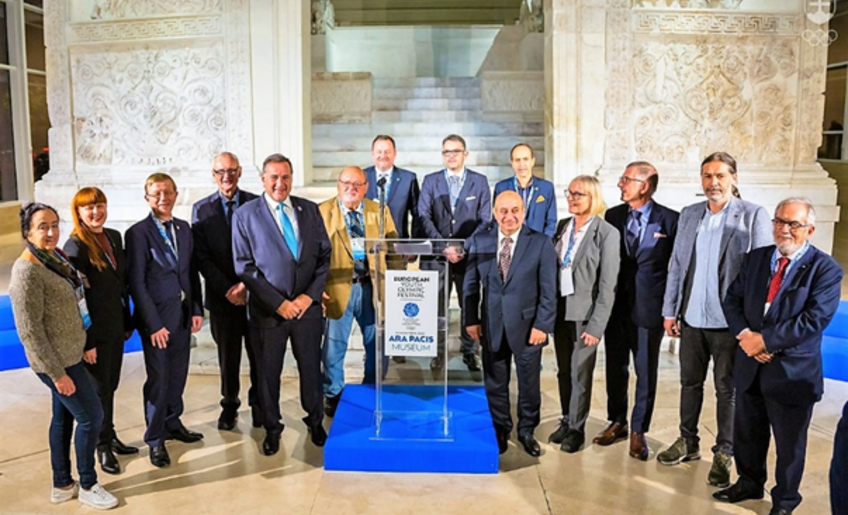 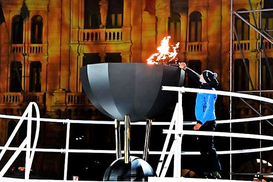