“From Zurich to Budapest – Memories and Considerations”

To speak here on the occasion of the 25th anniversary of the European Fair Play Movement is certainly a privilege for which I am grateful, but it is also a challenge. A presentation of the historical development of the EFPM with its most important dates and events would not only involve a huge amount of work, but it would also be forbidden for this very reason, because I, from the very first minute, from our establishment at the FIFA House in Zurich on May 27, 1994 until a few years ago, have shared responsibility as General Secretary and Vice-President. Therefore, I would rather look to the future and express a few observations, which should form the basis of a subsequent discussion.

Many of those gathered here today have long been passionately committed to promoting the concept of fair play and preserving the values of sport at national and European level. Our chronicle lists 25 congresses from Zurich to Budapest, of which voluminous reports bear witness to, school and association projects, fair play actions, art competitions, honors of exemplary athletes and many other activities, with which we often have to make a stand against the so-called "Zeitgeist". There were moments of satisfaction and disappointment, a spirit of optimism and frustration. But just like the legendary Sisyphus, we kept pushing the stone up the mountain whenever it rolled down. An evaluation and an analysis of success and failure must be carried out in each country by those responsible, because the EFPM itself offers only a platform for the exchange of ideas and experiences, for cooperation and communication. Please allow a few remarks on the current situation of teaching the values in and through sport, which others may see quite differently in terms of choice and priority. And I look forward to hearing your opinion in the ensuing discussion, be it approval or criticism.

First of all, allow a sobering realisation: The deplorable emergences in sport, especially in international elite sports, are unfortunately the same today as they were 25 years ago: doping and corruption, aggression and violence, match fixing and sexual abuse, racism and discrimination on ethnic, political, religious and other grounds. The reasons lie in the increasing exploitation of sport for non-sporting purposes, in growing professionalization and commercialisation as well as in increased competition due to globalisation of all areas of life. In almost all sports that are measured, the natural performance limits have been reached and these can only be exceeded by manipulation. The instrumentalisation of sport through politics, which many considered to be overcome at the end of the Cold War, is on the rise again. Olympic Games and World Cups are almost exclusively awarded to authoritarian states, which organize them without regard to social obligations to their citizens with unimaginable effort. We observe the absurd practice of forcing athletes from certain countries to lose on government orders in order to avoid competing in the next round against athletes from disagreeable countries. And if they resist, they are punished. While more women than men will likely compete at next year’s Olympic Games in Tokyo for the first time in history, women in a number of Islamic countries are still not allowed to engage in competitive sports or watch sports competitions at all. This is also a gross violation of equal opportunities and woman's dignity.

The fight against these phenomena takes place in two ways: through prevention and through sanctions, i.e. punishment. And here is the dilemma that everyone who works for a clean sport, including the EFPM, is faced with. Prevention is a matter of education, especially at school, and in public campaigns. Sanctions are a matter solely of national and international sports federations. Prevention and punishment are therefore not in the same hands. We can only point to the good example of performing non-profit work, in order to identify good role models. But if those responsible in sports associations do not act consistently, all our efforts are in vain.

Although public pressure on elite athletes has increased in recent years and has led to a noticeable decline in doping in some countries, the major breakthrough has not yet materialised. I have come to the conclusion that our late colleague Vladimir Rodichenko was on the right path when, a few years ago, he demanded that doping be recorded as fraud in the criminal code and prosecuted by state authorities. A number of countries, including Germany and Austria, have meanwhile done so.

In addition to my earlier comments, allow me to put forward a number of conclusions for discussion: 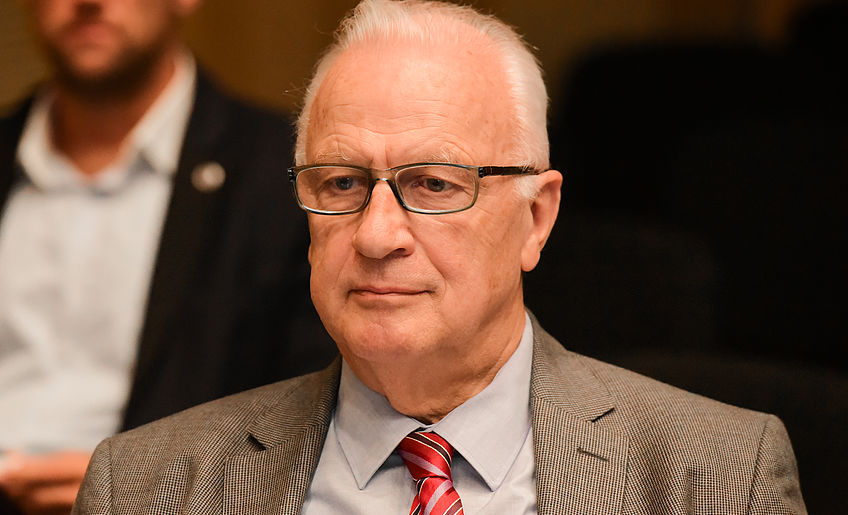