Following the initiative of the regional office of the Olympic Committee of Slovenia in Koper, which is managed by Sonja Poljšak, the ceremony for the Best Athlete of the Primorska Region in 2017 was held on 28 December 2017 in Kozina and the Fair Play Move Award was awarded for the first time.

The Fair Play Move Award was awarded to two runners who made the following fair play move:

On 18 February 2007, at the 3rd Valentine's Mountain Running Race to Mt Kokoš for the Primorska Cup, it became obvious before the runners were halfway round that one of the younger competitors had overestimated his abilities and had been running too vigorously. His difficulties and subsequent collapse were noticed by the runners URŠA TROBEC, a female member of the Slovenia Olympic Team who took third position in the Mountain Marathon World Cup 2014 in the USA, and STOJAN RODICA, a long-time organiser of running events. They stopped to check the condition of the young runner and helped him get back on his feet. Then they accompanied him towards the finish line, which the youngster was determined to reach despite his difficulties. Luckily, the incident left no serious health consequences for the runner.

In their care for his health, both runners gave up their own fights to achieve the best results and a good placing in the race.

They received the Fair Play Move Award from Miroslav Cerar, the Ambassador for Sport, Tolerance and Fair Play in the Republic of Slovenia. 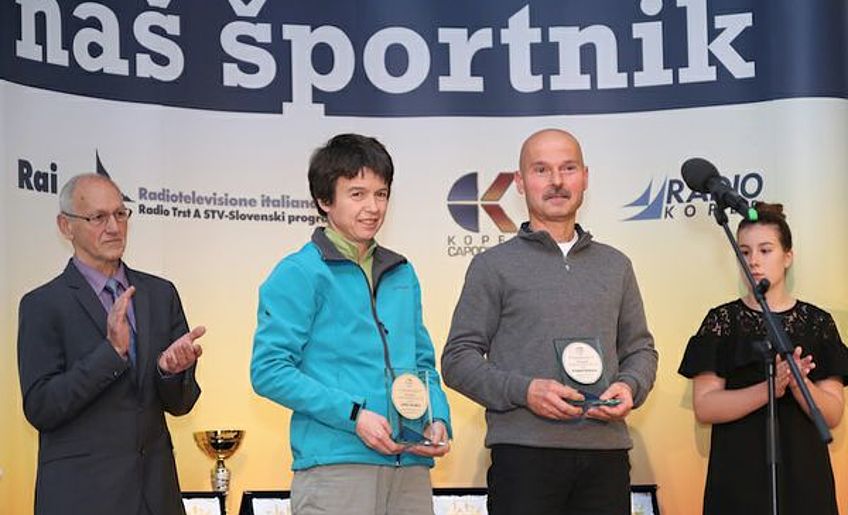