Štefan Svitko is a long-term representative of the Slovak Republic in motorcycling. So far during his career, he has been the Slovak Enduro and Cross-Country Champion 21 times, European Champion 3 times, and he has taken part in the International Six Days race 10 times. In the Dakar Rally, which Štefan Svitko has already participated in 10 times, he achieved historic success in 2016 with his 2nd place. In Europe there are only a few motorcycle racers who have the legendary Dakar “Bedouin bust" in their collection of trophies.

Štefan was the official face of the Dakar Rally in 2020. Throughout the whole rally he proved that he belonged among the leading racers of the world, but at the same time, he never failed to show a human side when he helped his rivals when they faced difficulties after painful falls during the race. His heroism during the rescue of the Portuguese racer, Paulo Goncalves, in 2020 (together with Toby Price) will never be forgotten.

The organisers of the Dakar Rally also praised Štefan for helping his rivals, since without hesitation he had also helped several motorcycle racers in previous years. Moreover, the Slovak Motorcycling Federation as well as the Club Fair Play of the Slovak Olympic and Sport Committee would also like to highlight Štefan Svitko’s work with young people – he leads young motorcycle racers and provides a great role model with regard to fair play and mutual help.

The award was presented to Štefan Svitko by Katarina Raczova, EFPM ExCom member accompanied by Peter Lazar, President of the Slovak Motorcycle Federation. 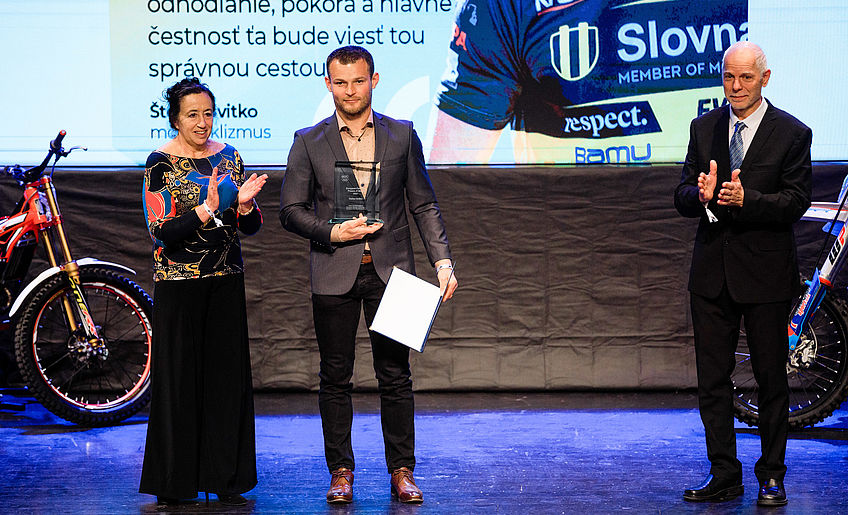 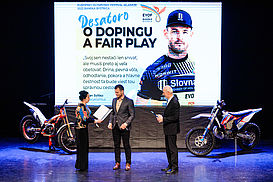 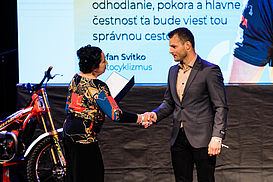