İSTANBUL-The 11th World Fair Play Cartoon Competition, launched by the FAIR PLAY COUNCIL under Turkey’s National Olympic Committee will start on June 7th. Selected cartoons in these competitions are exhibited in Turkey and abroad and will attract great interest and appreciation. The CIFP World Fair Play Council, an organization of the IOC, has awarded this exhibition the great TROPHY prize for Fair Play Promotion in 2016. President NOC of Turkey Fair Play Council and Vice President EFPM Erdoğan Arıpınar Said’’We would like all the cartoonists in the World to attend this competition’’.
*The conditions required to apply for the contest are enclosed.

1. The competition is open to all amateur and professional cartoonists.
2. The cartoons will be original production of the artist, revealing his/her own approach. Cartoons sent may be of the ones previously published but previously awarded cartoons are not allowed to submit.
3. Technique: Coloured or black and white. The cartoons will not be drawn by pencil but will be painted by pilot type or similar paint according to printing technique. Marker will not be used.
4. All cartoons must be 25×35 cm maximum.
5. Electronic versions suitable for printing in 200 dpi and jpg format will be accepted.
6. Participants are required to put signatures on their drawings. Participants must write in capital letters their names, surnames, address, e-mail, country and telephone number behind their drawings.
7. The cartoons must be sent to the following address, no later than 7 September 2017

8. Whether awarded or not, selected cartoons will be published in an album. Cartoonists whose drawings published in this album will be sent a copy of the album.
9. TOC Fair Play Commission reserves the right to reproduce the cartoons. By participating in this event, caricaturists agree that all submitted cartoons can be used in exhibitions throughout Turkey and abroad.
10. Regardless of award-winning or taking place in the album, all the cartoons submitted for selection will not be returned.
11. All the cartoonists participated in the competition are implied to agree on the conditions and regulations of the competition. 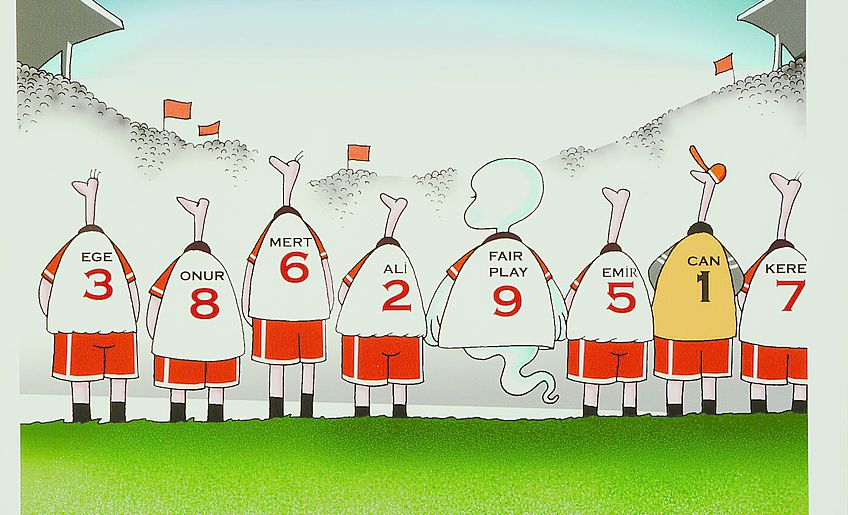 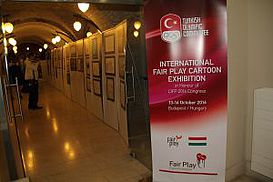