On November 4-5, 2019, the Olympic Committee of Israel and the Academic College at Wingate conducted the 1st Joint Seminar of the National Olympic Academies of Israel and Germany, as part of a Memorandum of Understanding between the Olympic Committees of Israel and Germany. The opening remarks of the seminar were made by Prof. Ronnie Lidor, President of the Academic College at Wingate, Mrs. Yael Arad, Chair of the Sport Commission of the National Olympic Committee of Israel and the first
Israeli to win an Olympic medal, and Prof. Dr. Manfred Laemmer, Vice-Chairman of the German Olympic
Academy.
Ten guests from Germany attended the seminar, including Mr. Frank Wieneke, Judo Olympic Champion 1984 and Olympic Silver Medal 1988, who was the honorary guest of the seminar. In addition, four representatives from the Guatemalan Olympic Committee attended the seminar, which also has an agreement of cooperation with the Olympic Committee of Israel.
The seminar addressed two important issues in Olympic sports: Preserving the Universality of the Olympic Movement and of International Sport and Structures and Challenges of Coaching Education in Israel and Germany.
Mr. Uwe Becker, Deputy Mayor of Frankfurt, noted that BDS tries to spread-out antisemitism all-over
Germany. They proclaim themselves as a humanitarian organization, but we should show people that
it is an antisemitism movement which violates the values of the sport. Mr. Becker also outlined possible
ways to combat BDS. He demonstrated the organization's various techniques of operation, such as pressure on countries not to invite Israeli teams to sporting events; Demand from national teams not to come and compete in Israel; Pressure on specific athletes such as Leo Messi through the burning of shirts with his name, lest he come to Israel for a match; And a demand from athletes not to contend against Israeli athletes in international competitions.
Mr. Alexander Feuerherdt, a sports and politics journalist who investigates boycotts against Israel throughout history, described situations in which the Israeli football team is forced to skip various regional unions in Europe, Asia and Oceania in early international tournament matches, all due to refusal by Muslim countries to play against Israel. Feuerherdt emphasized the inaction of most
international sports associations which render such a reality as licit.
More than 100 local participants including sports managers, coaches, athletes, sports journalists,
students and teachers of physical education, among others attended the seminar.
Captions for the pictures:
1. From right to left: Prof. Ronnie Lidor, Mr. Gilad (Gili) Lustig, Frank Wieneke and Prof. Dr. Manfred Laemmer.
2. Mr. Frank Wieneke and Mrs. Yael Arad, two Olympic medallists in judo.
3. Mr. Uwe Becker, Deputy Mayor of Frankfurt, during his lecture on “The Fight against the BDS Campaign. Analysis and Counter Strategies”.
4. Mr. Alexander Feuerherdt, a sports and politics journalist, during his lecture on “Boycotts of Israel in International Sport”. 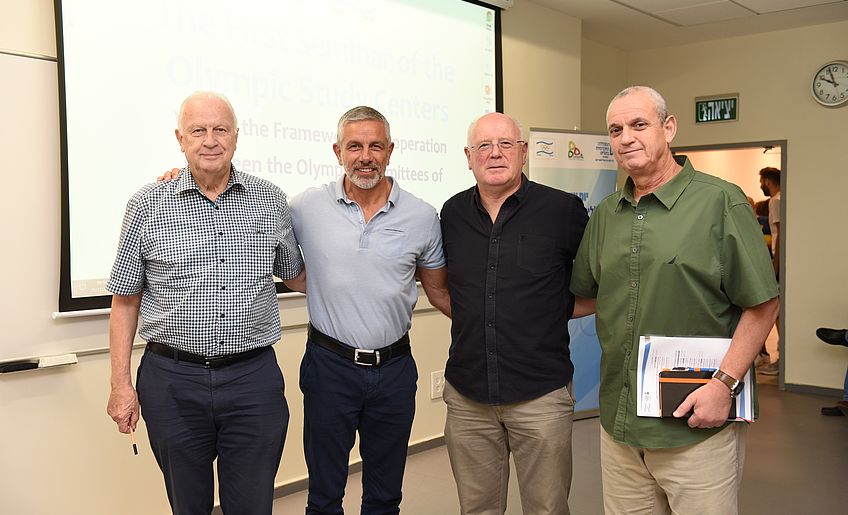 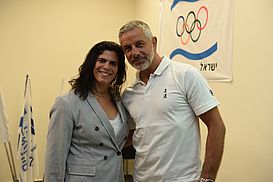 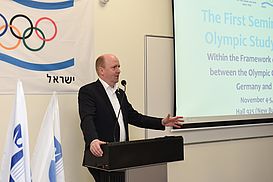 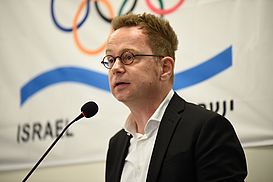