In a particularly difficult year for sport, where its main protagonists were forced to interrupt competitions, the Portuguese Sports Confederation (Confederação do Desporto de Portugal, CDP), EFPM Member, organized its annual Awards Ceremony.  Despite the limitations imposed by the pandemic context, the Portuguese Sports Confederation chose to maintain this assignment in order to recognize the work of athletes who daily overcome the obstacles created by a pandemic that hindered and postponed some of their dreams.

In a ceremony more discreet than usual was attended by some athletes and representatives of federations as well as by the president of the CDP, Carlos Paula Cardoso, João Paulo Rebelo, Secretary of State for Youth and Sport and Vítor Pataco, president of the Portuguese Institute of Sport and Youth.

In the very session the European Fair Play Movement "Fair Play Flame Award" was awarded, as well, to the futsalista Dinis Costa Pereira Paulo (POR). He was awarded for his gesture of Fair Play which earned him the white card in a derby between Sporting Clube de Portugal and Sport Lisboa e Benfica U11.

The Benfica youngster penalised by the decision was close to tears, then Sporting's Dinis Costa Pereira Paulo informed the referee that the ball had actually hit the face of the player, not his hand. The referee fairly reversed the decision and showed Dinis the (Fair Play) White Card. No penalty, and a white card for fair play for Dinis!

This moment was widely publicized by the media and national television. It had a lot of impact, because it was a game between the two biggest teams Sporting and Benfica and served to publicise the White Card (Fair Play Card).

The White Card is promoted by the National Plan for Ethics in Sports (POR). It is a pedagogical card that aims to recognise, highlight and reward ethically relevant attitudes and behaviour of practitioners, coaches, and managers, among other agents directly involved in the game (e.g spectators). 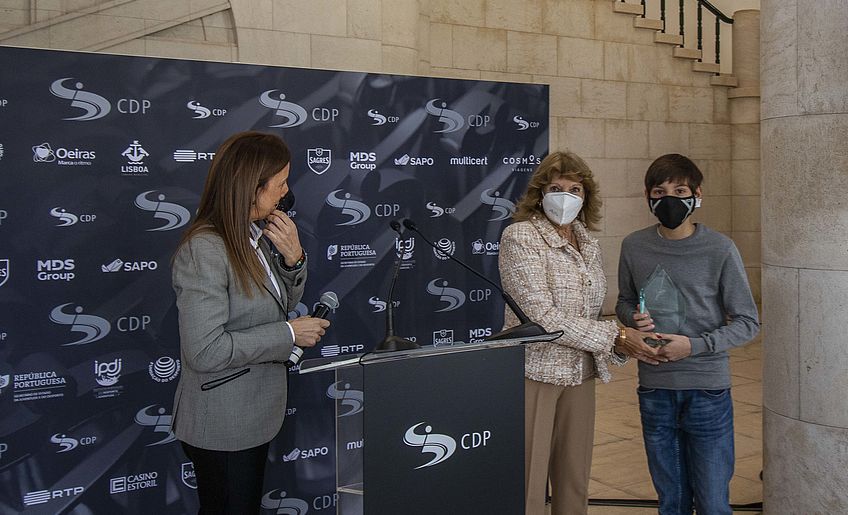 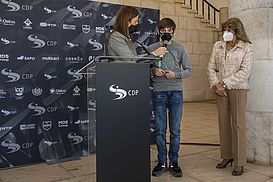 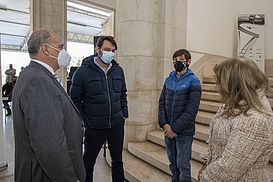