The « Red Bench » - symbol of the elimination of violence against women

On November 25, 2019, the world day against violence against women, took
place the "red bench" at the Ausa Park in the presence of the highest
authorities of the Republic of San Marino.
This event concludes the initiatives promoted by the San Marino National
Committee Fair Play, which began on November 16th, World Fair Play day, with
the awarding of many athletes and coaches, who distinguished themselves in
fair play gestures, to continue with the three days MOVE on Fair Play, which
gave birth to the Grand Gala Competition Coreutico with very important
prizes for the young participants, who knew how to give the best of
themselves, under the direction of Andrè De La Roche, Raffaele Paganini,
Steve La Chance, Bill Goodson, Milena Zullo, Ramona Matei, Antonio Balsamo.
All the events took place thanks to the full collaboration of the State
Secretariat for Education, Culture and Sport, Tourism and the Territory,
Health, UGRAT, the Giunte di Castello, the Equal Opportunities Commission,
the Equal Opportunity Authority, the San Marino National Commission for UNESCO,
the SOROPTIMIST Single Club San Marino, the Cooperativa Trasforma and the
center of Riuso, the Foundation "C’entro anchi'io," and the company ALL +.
The red bench must be an opportunity to reflect and keep in mind a theme
that has continuous emergencies with figures that unfortunately every day
must be updated.
"The red bench" to raise awareness of violence against women, it is a civil
monument to denounce the human and social wound of femicide, abuse and
mistreatment of girls and women ".
Even from the Republic of San Marino, the cry against gender-based violence
rises sharply. Our big red bench is here, to be a warning:
Because it is not Fair Play to prevent children from playing and expressing
their creativity
It is not fair play to speak and act with falsehood and hypocrisy
It is not fair play to be dishonest
It is not fair to be violent
Indifference is not fair play
Impunity is not play
Exploitation is not fair play
Corruption is not fair play
Fair Play is not a sick society, the same one that lets violent men act
undisturbed, and that does not listen to requests for help launched by
women,
women who are afraid to live their lives as they would like, who are afraid
to report abuses because they know that this will have no positive effect,
on the contrary, it often worsens the situation.
FAIR PLAY, instead of playing as a team, is a team of people that respects
the rules and guarantees the same opportunities to different contenders, in
sport, politics and human and social relations.
FAIR PLAY Teamwork that divides tasks and multiplies success.
It is FAIR PLAY to preserve and keep alive the principle of humanity, if we
want to have the right to be called men.
With the setting sun, the event ended, accompanied by the slow falling
leaves on the red bench, dedicated to Ana and her child, the last victim of
femicide. 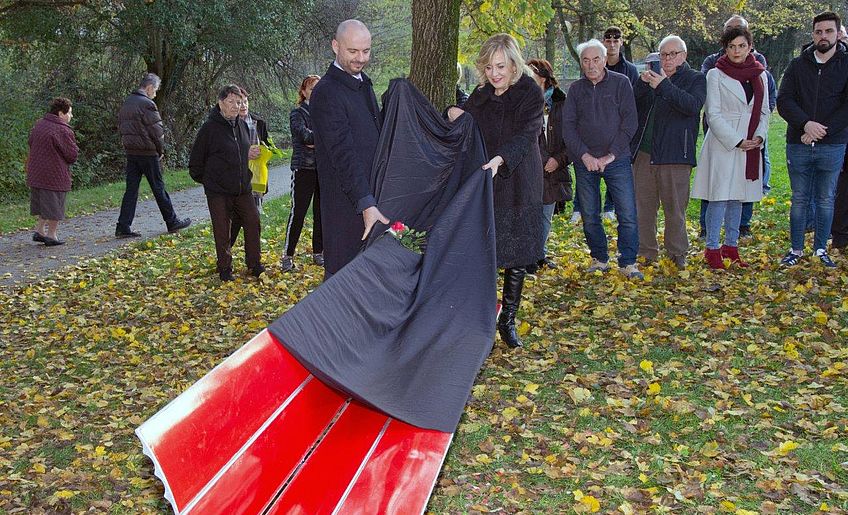 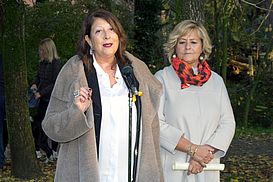 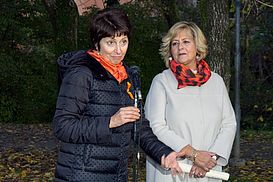 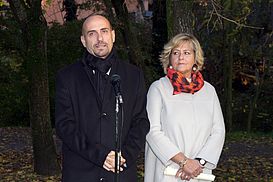 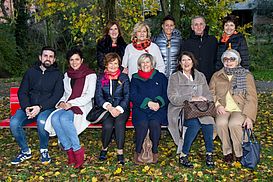