THIRD EDITION OF THE WORLD FAIR PALY DAY: A SUCCESS

Once the San Marino Fair Play Festival has been archived, the curtain falls on the event promoted by the San Marino National Committee Fair Play (CNFP) of the Third Edition of World Fair Play Day, staged on Saturday 16 November 2019 at the Sala Montelupo in Domagnano. An event that found favorable appreciation from the large audience present for the rich program proposed. In the morning at the Rose'n Bowln Center the "Fair Play Autumn Tournament" was held with the Athletes of the San Marino Bowling Federation, awarded with the Fair Play Diploma of Merit, which won Gabriele Pucic, according to Gianvito Campo, third Luigi Raschi . The FP day brilliantly conducted by Maria Rita Morganti (CNSFP Vice President) opened on the notes of the hymns of San Marino, European and Italian Fair Play. The CNSFP President Gian Battista Silvagni opened the meeting with his report, followed by the Secretary of State for Culture, Education, Sport Marco Podeschi, by the Executive CONS Committee member Emanuele Vannucci, by Ruggero Alcanterini President of CNIFP and Official Delegate of European Fair Play Movement ( EFPM), from the Captain of the Castle of Domagnano Gabriel Guidi. The video of the anniversary of the 25th anniversary of EFPM was presented, the scientific cultural part was entrusted to two exceptional speakers Marco Benedettini and Renato Di Nubila who captured the attention of those present for the deep cultural content of the their reflections. So the most awaited moment of the Fair Play Day, the Award Ceremony of the many Fair Play Awards at the Gesture conferred to El Attar Karim, Riccardo Monteduro, Filippo Colonna, Lorenzo Fantini, Aldo Maria Gritti, Simone Salvi, Barbara De Biagi; to the Career awarded to Massimo Costantini, the Fair Play Merit Diplomas awarded to Teseo Amadei, Paola Carinato, FSB; the International Prize "The Spirit of Fair Play" by EFPM given to Barbara De Biagi, the Young Awards of San Marino RTV and the Serenissima the Journal of San Marino conferred to the very young Karim, Monteduro, Colonna, Fantini, Gritti, Salvi, Amadei; the Fair Play Women's Awards of the Soroptimist Single Club San Marino awarded to Barbara De Biagi (who won three awards) and Paola Carinato.

At the end of the event the students of the San Marino Music Institute cheered the audience with much appreciated classical pieces. Now the first event in the CNSFP program has been concluded by appointment to two other scheduled events: Sunday 24 November 2019 6.30 pm at the Teatro Nuovo in Dogana the Grand Gala Move on Fair Competition Play True Colors San Marino and Monday 25 November 2019 15 hours , 30 at the Parco Ausa di Dogana for the inauguration of the Red Bench on the occasion of the International Day on Violence against Women. 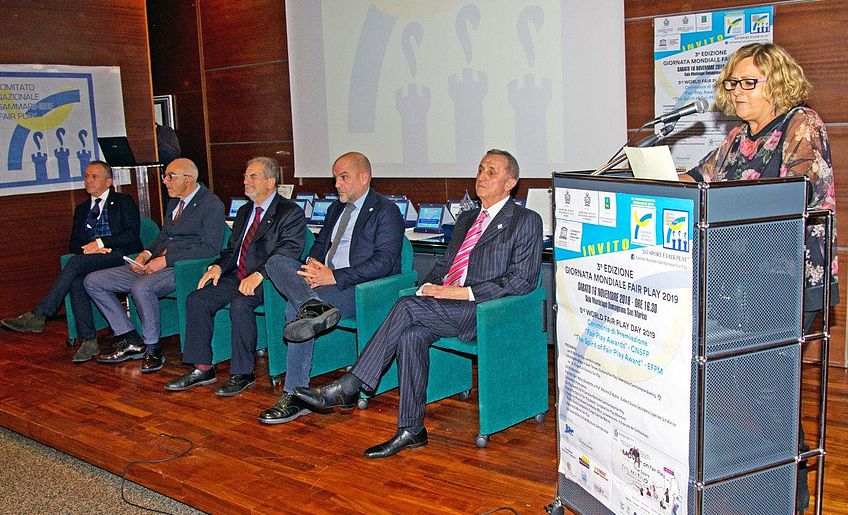 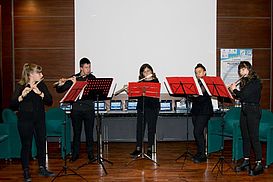 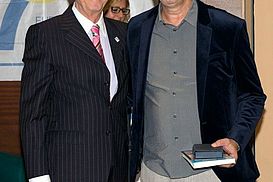 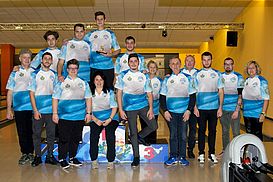 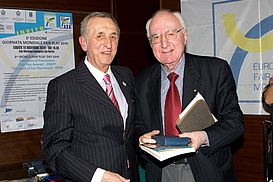