She was handed over this special award just before the start of the Coincidance Ballet Theatre show „Fair Play - The Legend of Sports Giants” at the MOM Cultural Center. A ballet show demonstrating the power of sport and Fair Play was the perfect entourage for Tíra Pavuk to appear on stage, together with Katarina Raczova, EFPM treasurer. Tíra deserved both, the warm applause by the public and the European Fair Play Flame award. In addition, on behalf of the Hungarian Fair Play Committee, Secretary General Gábor Deregán greeted the winner.

What had she done to deserve this?

At the U20 European Championships in Grosseto (ITA), the event's favorite runner and Youth Olympics bronze medalist Lili Anna Tóth stumbled over one of the hurdles and fell. Tíra Pavuk immediately stopped her race and tried to help Lili to get back up. Unfortunately, Lili was not able to continue her race. After her attempts to help Lili, Tíra continued her race and still managed to finish 12th. Without no doubt, this great result was also achieved thanks to the support Tíra received from the audience, who supported her loudly, appreciating her gesture of Fair Play. 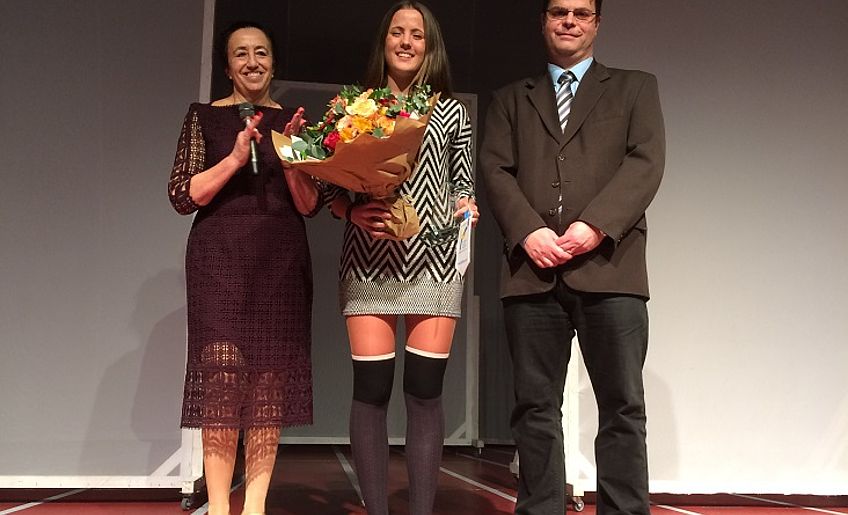 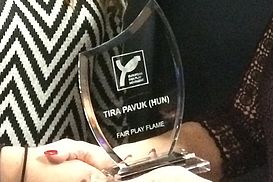