AND FAIR PLAY INTRODUCES THE HYMN OF PEACE

On 3 and 4 November, the European Fair Play Movement (EFPM), with the Italian National Fair Play Committee (CNIFP) and the support of FUJIFILM, will meet in Rome for a historic event on the occasion of the 65th anniversary of the Signature of the Treaty of Rome, when in fact Community Europe was born, by the will of the noble fathers led by Robert Schuman. The EFPM, chaired by the Belgian Philippe Housiaux, Olympian and leader in the field of communication, has been promoting the Shakespearean values of fair play since 1994, essential for the ethics of sport, but also for the quality of life in civil society and never as now preparatory for the feeling of peace.

For this reason, the 42 countries that belong to EFPM will converge with their representatives in the Eternal City and will give life to an extraordinary two days - November 3 and 4 - full of contents, not only with a strong symbolic value. In fact, on the afternoon of Thursday 3, at 3.00 pm, in the Hall of Honor of CONI, at the Foro Italico, the "EFPM Awards Ceremony" will take place, which will confer some important awards to prestigious representatives of the over 40 countries of the international movement.

On the evening of Thursday 3, the focus will then shift to the Stadio di Domiziano, the noble underground of Piazza Navona, or its matrix, in what was and remains the oldest modern sports facility in the world, in travertine and bricks , adorned with dozens of statues, dedicated to athletics and capable of seating thirty thousand. There, in that extraordinary venue, where the Agonal Games were celebrated in honor of Capitoline Jupiter, the experiences and the founding cultures of the Project for Ethical Transition will meet as a necessary premise for any other form of transition, including the Ecological and Digital ones that are protagonists of the PNRR. In the Gala, which will start at 7.30 pm, on the occasion of the dance and martial arts performance, the Kungfusion proposed by the dancers of the Move, with the choreography of Andrè Delaroche, and with the support of the Associazione di Cultura e Sport Libero (ACSI) and the "Excellences" of IN VINO LAURETUM (Loreto Aprutino - Fair Play Municipality), new initiatives will be presented such as the FAIR PLAY GARDEN and the FAIR PLAY MANAGER, intended to make concrete the intentions for the theme of sustainability.

Roma Capitale, Lazio Region, CONI, the European Association of Olympic Committees, Sport and Health and the International Council of Sport Science and Physical Education will fully enter the role when, Friday 4 November at 9.30 - in the historic setting of Piazza del Campidoglio , in the Protomoteca and in Villa Caffarelli, with the suggestive Renaissance representation of the Historical Group of the City of Jupiter - the "FAIR PLAY FOR PEACE" Ceremony will be held in succession which will see the interventions of the President of Unipax, Orazio Parisotto, of the CNIFP Sociologist Rino Testa and of the President of the National Asbestos Observatory (ONA), the lawyer Ezio Bonanni, before the conclusions of the President of EFPM, Philippe Housiaux, who will announce the reasons and the name of the recipient of the AWARD, which will have an absolute symbolic value and that will give a very particular meaning to the "ROME CHARTER FOR THE ETHICAL TRANSITION", which will be signed by the representatives of the i EFPM members.

The figure of the FAIR PLAY FOR PEACE AWARD, which will be announced directly at the Capitol by President Housiaux, will be given maximum media attention between 11.30 and 12.00. Great reserve on the prestigious name shown in the lineup.

Lastly, and last but not least, the very high profile Scientific Congress, "GENDER EQUALITY IN SPORT", which will always begin in the Sala della Protomoteca at 13.00 and which will involve strategic figures from sport and the academic world on a theme also of absolute topicality.

In addition to all the institutional figures of reference, such as the President of CONI, Giovanni Malagò, and the President of Sport and Health, Avv. Vito Cozzoli, the new Minister of Sport, Andrea Abodi, is particularly awaited. 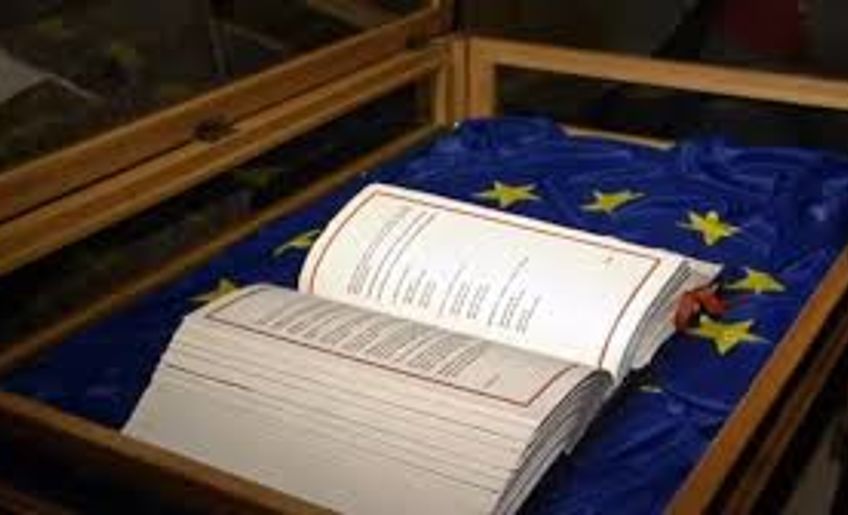