EFPM diploma under the auspices of EOC foes to Athanasios Prodromou

The European Fair Play Diploma under the auspices of the European Olympic Committees and awarded to an individual goes to Athanasios Prodromou (GRE).

The Paralympic champion, Athanasios Prodromou (GRE), showed greatness during the T20 long jump final at the Tokyo Paralympic Games 2020, where he won the silver medal.

When Latif Abdul Romli (MAS), who eventually won the gold medal, was injured in his fifth attempt, Prodromou immediately ran to his aid. He then stood at the Malaysian Paralympian's side and supported him and patted him on the head as medics came to take him away in a wheelchair.

Commentators from Romly’s native Malaysia, and all over the world, praised Prodromou for immediately putting the competition aside to help his fellow athlete. The foreign media praised the way the Greek athlete acted immediately after the Asian athletes injury. „A big hug from Malaysia", "All the beauty of sports in the movement of the Greek athlete", "Thank you, Greece,", "Respect", "Congratulations", "You are wonderful" are just some of everything that is written and presented in the foreign media. 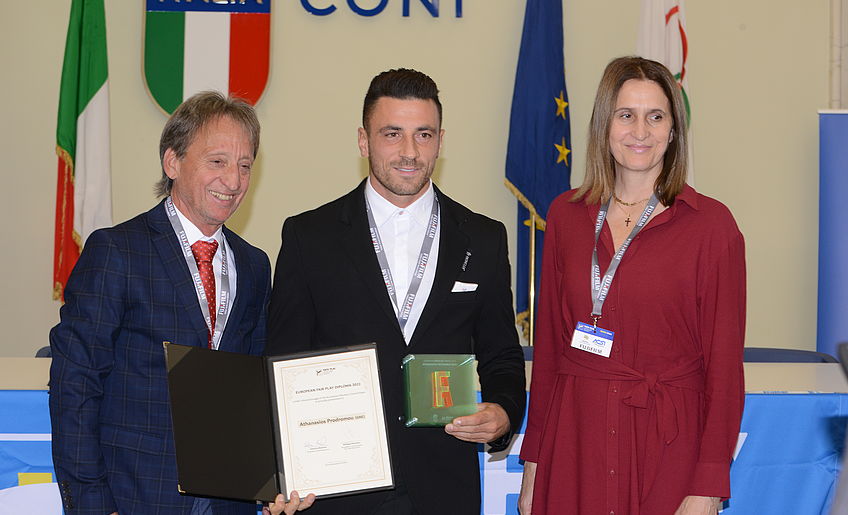 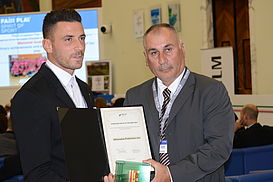